The Gurdwara marks the site where 13 Singhs were cremated after they were martyred for defending Sikhism against planned Nirankari aggression (with hindu and government support).

The Terrorist Police of India supported the killing of 13 unarmed Singh's in cold blood while they were carrying out a peaceful non-violent protest saying prayers.

The astonishing thing is that the gathering of the Nirankaris continued for 3.5 hours after this bloody massacre and senior police officers were present in the gathering during the killing of the unarmed Singhs. There has been no justice to this day. 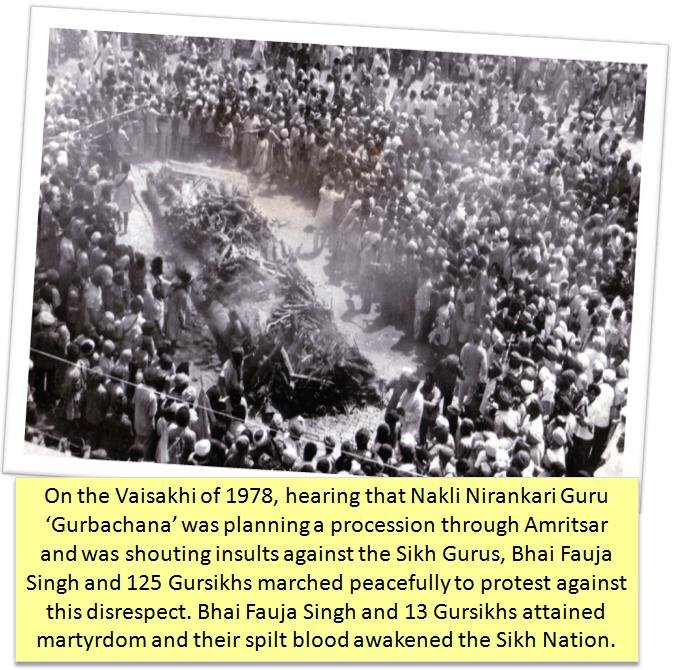 The names of the 13 Shaheed Singhs are;

The funeral of the 13 Singhs took place on Saturday 15th April 1978 near Gurdwara Sri Ramsar Sahib in front of a large congregation of about 25,000-30,000 people. All the Shaheed Gursikhs were cremated together.