Takht (Gurmukhi: ਤਖ਼ਤ) which literally means a throne or seat of authority is a result of the historical growth of Sikhism. There are five Takhts and these Takhts are the five gurdwaras which have a very special significance for the Sikh community.

The first and the most important one was established by Guru Hargobind in 1609. It is called 'Akal Takht' (the Throne of the Timeless God) and is situated just opposite the gate of Sri Harmandir Sahib – The Golden Temple, Amritsar.

The Guru established it, because he thought that secular political matters should not be considered in the Golden Temple, which is meant purely for worship of God. Here the Guru held his court and decided matters of military strategy and political policy.

Later on, the Sikh commonwealth (Sarbat Khalsa) took decisions here on matters of peace and war and settled disputes between the various Sikh groups. The Sarangi singers sung the ballads of the Sikh Gurus and warriors at this place and robes of honour (saropas) were awarded to persons who rendered distinguished services of the community of men in general. 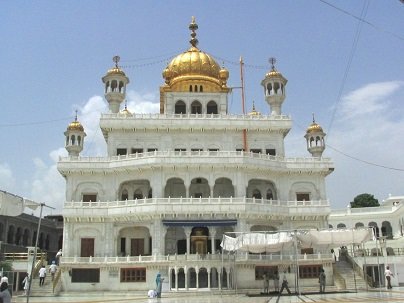 The Akal Takht was badly damaged during the assault on Sri Harmandir Sahib by the Indian army in June 1984. On June 6, 1984 the Indian Army stormed the Golden Temple complex, even bringing its tanks into the Parikrama during the Operation Blue Star. Operation Blue Star was an Indian military operation, ordered by Indira Gandhi, then Prime Minister of India. Sikh genocide has been ignored by the wider world. 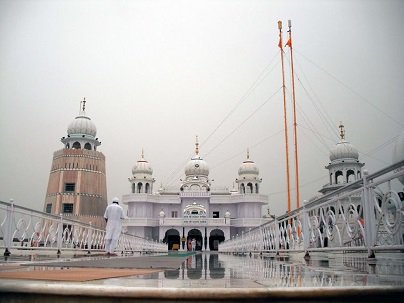 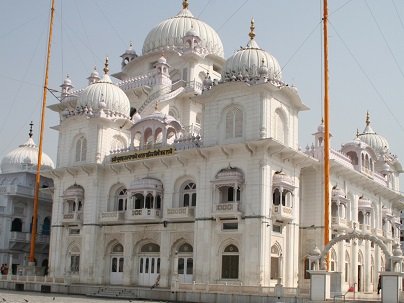 Takht Sri Harmandir Sahib Patna (also known as Takht Sri Patna Sahib) is situated in Patna city which is also the capital of Bihar state. Sri Guru Gobind Singh was born here in 1666 and he spent his early childhood here before moving to Anandpur Sahib. Besides being the birthplace of Sri Guru Gobind Singh, Patna was also visited by Sri Guru Nanak and Sri Guru Tegh Bahadur at different points of time. 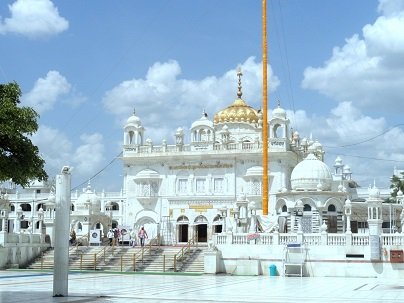 Takht Sri Hazur Sahib is situated on the banks of Godavari River in Maharashtra state. This is the place where Sri Guru Gobind Singh re-joined with God. The inner room of the temple is called Angitha Sahib and is built over the place where Sri Guru Gobind Singh was cremated in 1708 AD. He also conferred guruship on Sri Guru Granth Sahib and commanded Sikh's to follow the Guru Granth Sahib as the Guru. 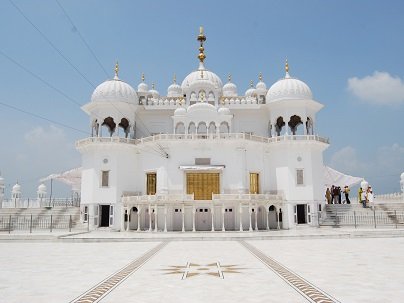 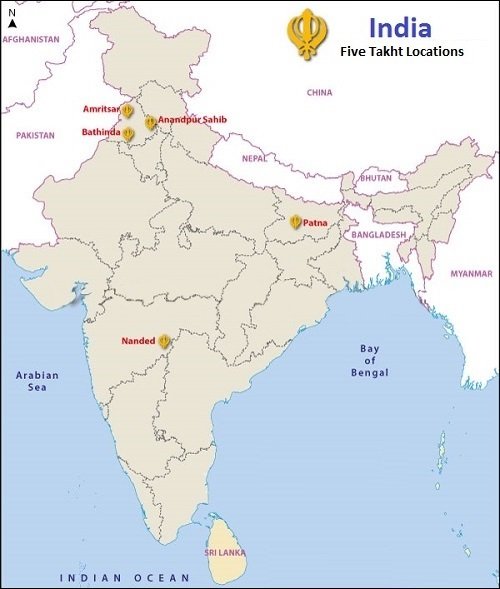