In order to bring Guru Nanak round to worldly affairs, Guru Nanak's father Mehta Kalu decided on arranging his marriage. The marriage date is different in various Janamsakhis (birth stories).

Guru Ji's wife, Bibi Sulakhni, was the daughter of Mool Chand, a resident of Batala in Gurdaspur district. 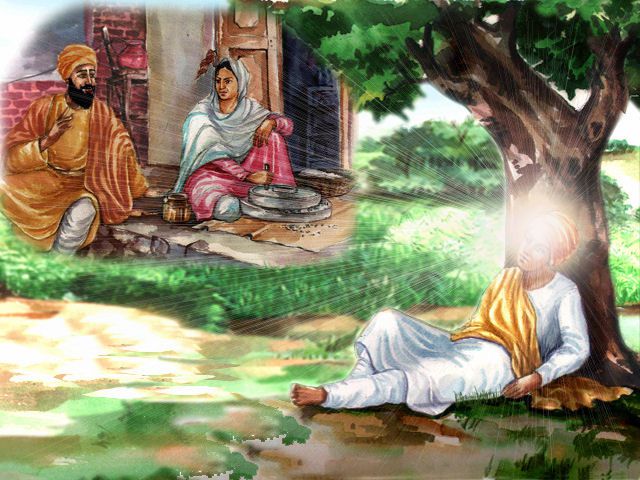 Earlier writers have written many interesting stories leading up to the wedding day. It seems that Nanak refused to follow the marriage rituals dictated by the Brahmins of the day. He stated that any time would be an auspicious time for the wedding. There was no need to cast horoscopes as he was not superstitious. He consistently tried to break old traditions. 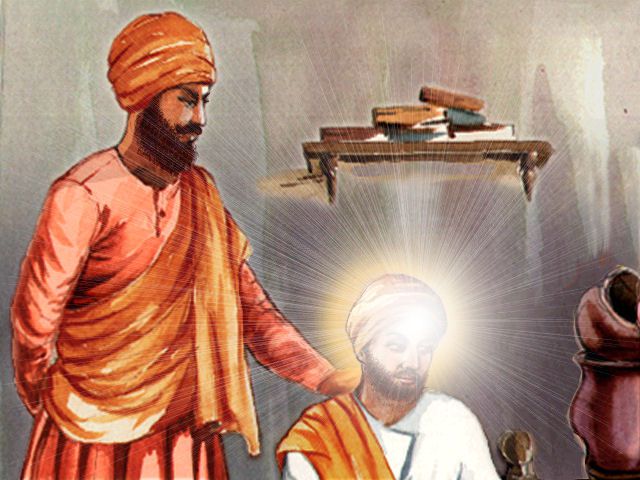 Mool Chand arranged for the Brahmin priests to debate the exact marriage rituals to be followed with the Guru. The Guru was sitting besides a crooked mud wall (kandh) discussing the marriage plans with the Brahmin clergy. As the wall was damaged and in poor state, and there had been recent rains, some in the bride's party thought that it may fall on top of the Guru. An elderly lady was asked by the bride's family to warn Guru Nanak about the danger. The old woman approached the Guru and warned him of the pending danger from the damaged wall.

Guru Nanak just smiled and said "Mata Ji, ehh kand sadeeya layah nehee digdee..." - "This wall will not fall for centuries. The will of God shall prevail." In fact, the wall is still preserved within the Gurdwara Kand Sahib and a celebration is held here every year on the anniversary of Guru Nanak's marriage.

In 1487, the marriage finally did take place, and it did ignore the Brahmin rituals. Guru Nanak and his bride took four rounds instead of the prescribed seven around the sacred fire. It is said that he also spoke a few words at the ceremony. Unfortunately, these words were not duly recorded and nothing has been written regarding Sulakhani's thoughts or sentiments on the subject.

That the event had a profound effect on her can certainly be taken for granted. At any rate, the marriage party and celebrations were a grand and impressive event attended by the rich and influential people of that time. Early writers have indicated that it was a most grand affair as befitted the daughter of the town's tax collector. 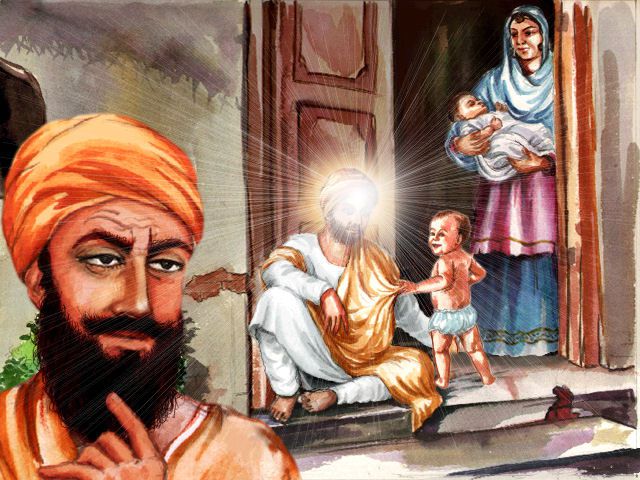 Bibi Sulakhni gave birth to two sons, Sri Chand and Lakhmi Das. Guru Nanak's father soon found that even the married life did not divert Nanak's pre-occupation with the matters of his divine mission. As a matter of fact, his concept of duty was not to serve himself and his family rather to transcend it so that the self might participate in the divine scheme of things and spiritualize the world around him. Humanity was his family and serving the humanity was the service of the Lord.

Bhai Gurdas writes that the Guru saw the whole world in flames; flames of falsehood, tyranny, hypocrisy and bigotry. Guru Nanak had to go and extinguish that fire with eternal love, truth and dedication. He had to teach humanity the divine mission, of the brotherhood of mankind and the fatherhood of God. "The Primal Being created the Light; all men are the creation of Providence : all human beings have sprung from one Light. Who, then, is bad and who is good?".