Guru Nanak And The Elephant

Guru Nanak camped in a garden at this location when he visited Delhi in 1505 during the reign of Emperor Sikander Shah Lodhi. He built a deep well and would offer food and water to the hungry and thirsty travellers that came by. Guru Nanak took great pleasure in serving the fresh cool water to passers-by with his own hands. It was here that Guru Nanak made the site a missionary centre.

Guru Nanak delivered sermons and sang his Gurbani (kirtan) accompanied by Bhai Mardana. Soon, a number of people began visiting him regularly and the garden where he was staying soon became very popular. He would distribute the gifts many travellers would offer among the poor. Travellers passing through would stay the night and langar (food) was provided regularly. During the day, Guru Nanak himself would serve water from the well.

During Guru Nanak's stay in Delhi, he came across some people that were mourning the death of their elephant. Guru Nanak asked them what the cause of their suffering was. The people said that they were sad because their elephant had died. Guru Nanak told them that they were mistaken. The animal was not dead but merely sleeping. On hearing this, they went near the animal and found that it slowly came back to life. They all fell at Guru Nanak's feet. 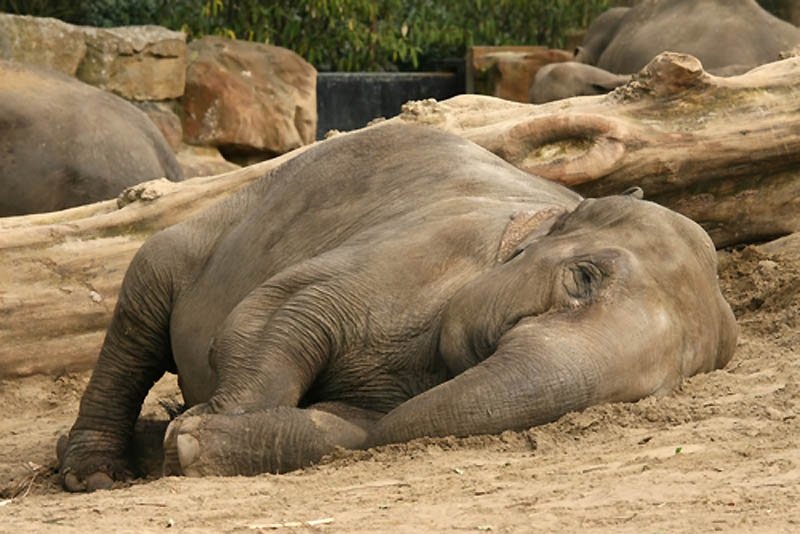 The news travelled fast of this event and even the Emperor, Sikander Shah Lodhi came to know about this holy man who had won the admiration of all the hindu and muslim divines of Delhi. When one of the Emperor's favourite royal elephants died, he sent for Guru Nanak and asked Guru Ji to revive his elephant too. But the Guru Nanak refused to oblige him.

Guru Nanak merely smiled and humbly said he was nobody and that life and death was in God's hands. He said that God was the true creator and destroyer and it was not given to ordinary human beings like him to interfere with God's will. Guru Nanak further observed that whatever happens is according to God's will and one should accept and rejoice in God's doings. Guru Ji's words left the Emperor upset and enraged. Consequently, the Guru was immediately imprisoned.

In the prison his deep compassion for the suffering of prisoners had a great moral and spiritual influence on the prison officials. They informed the Emperor that Guru Nanak was not a worshiper of idols (as hindus are) and that as a Saint he was greatly respected by all the people including hindus and muslims.

A strange event had occured whilst Guru Nanak was imprisoned, a great earthquake shook Delhi on 3rd July 1505. According to a chronicler, 'the mountains were overturned and lofty edifices were dashed to the ground'. The living thought the day of judgement had come and that the Yaum al-Qiyĝmah, as the Muslim's call the Day of Resurrection, had come.

Prone to superstitions, many thought this was because the new Faqir Nanak, who had been imprisoned by the Emperor, had cursed the King and the Empire. This or some other equally strong influence like the intervention of the Chisti Sufi saints changed the mind of the Emperor and he ordered the release of the Guru Nanak. At Guru Nanak's request many other prisoners were released as well.