The Pañj Kakār (five k's) are five articles of faith that Khalsa Sikhs wear at all times as commanded by the tenth Sikh Guru, Sri Guru Gobind Singh who so ordered it at the Vaisakhi Amrit Sanskar in 1699. The Five K's are not just symbols, but articles of faith that collectively form the external identity and the Khalsa devotee's commitment to the Sikh way of life. They were incorporated as a mandate for all Sikhs. This act created an external uniform for the spirit of the Khalsa that was easily identifiable in the public.

A Sikh who has taken Amrit wears all five Ks is known as Khalsa (pure) or Amritdhari (Amrit Sanskar participant).

The 5 Ks taken together symbolise that the Sikh who wears them has dedicated themselves to a life of devotion and submission to the Guru. 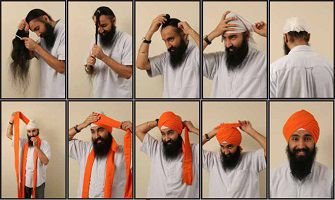 There are a number of reasons that Sikhs keep hair uncut. Throughout history hair (Kesh) have been regarded as a symbol both of holiness and strength. A person's hair is part of God's creation.

Keeping hair uncut indicates that one is willing to accept God's gift as God intended it. Uncut hair symbolizes adoption of a simple life, and denial of pride in one's appearance. Not cutting one's hair is a symbol of one's wish to move beyond concerns of the body and attain spiritual maturity.

A Sikh should only bow his head to the Guru, and not to a barber. It is a highly visible symbol of membership of the Khalsa and follows the appearance of the Gurus. Sikh women are just as forbidden to cut hair just as Sikh men are forbidden to trim their beards. 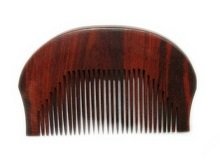 A Kangha is a small wooden comb that Sikhs use twice a day. It is supposed to be kept with the hair and at all times. Combs help to clean and remove tangles from the hair, and is a symbol of cleanliness. Combing their hair reminds Sikhs that their lives should be tidy and organized. The Sikhs were commanded by Guru Gobind Singh to keep a small comb called a Kangha at all times.

The comb keeps the hair tidy, a symbol of not just accepting what God has given, but also an injunction to maintain it with grace. The Guru said hair should be allowed to grow naturally. For men, this includes not shaving. At the time of Guru Gobind Singh, some holy men let their hair become tangled and dirty. The Guru said that this was not right. Hair should be allowed to grow but it should be kept clean and combed at least twice a day. 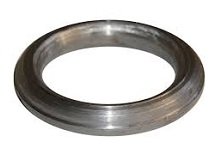 The Kara is a constant reminder to always remember that whatever a person does with their hands has to be in keeping with the advice given by the Guru. The Kara is an iron circle to symbolize life as never ending. A symbol of permanent bonding to the community-being a link in the chain of Khalsa Sikhs.

The kara is a symbol of restraint and gentility. It is a symbol that a Sikh is linked to the Guru. It acts as a reminder that a Sikh should not do anything of which the Guru would not approve. It is also a symbol of God having no beginning or end and a symbol of permanent bonding to the community-being a link in the chain of Khalsa Sikhs (the word for link is 'kari'). The Kara is made of iron, rather than gold or silver, because it is not an ornament.

The Kirpan is a sword which symbolizes a Sikh's duty to come to the defense of those in peril. All Sikhs should wear a Kirpan on their body at all times as a defensive side-arm, just as a police officer is expected to wear a public-defensive weapon when on duty. Its use is only allowed in the act of self-defense and the protection of others. It stands for bravery and protection of the weak and innocent.

This injunction was primarily in order to protect the weak from tyranny and slavery, to maintain a state of harmony and security, to allow for the free development of trade, craftsmanship, arts & literature and to safeguard and protect the universal right of all beings to live their lives in a peaceful, stable and sheltered environment.

The word 'Kirpan' has two roots - the first root is: 'Kirpa' which means "Mercy, grace, compassion, kindness" and the second root is 'Aan' which in turn means "Honor, grace, dignity". So together the word stands for "the dignity and honor of compassion, kindness and mercy".

In modern times there has been debate about allowing Sikhs to carry a Kirpan that falls under prohibitions on bladed weapons, with some countries allowing Sikhs a dispensation. In keeping with foreign laws, some Sikhs wear shortened Kirpans which are at least 6 inches in length. Sikhs in the Punjab are expected to wear full sized Kirpans wherever practical as mandated by Guru Gobind Singh.

Originally, the Kachera (also known as Kaccha) was made part of the five Ks as a symbol of a Sikh soldier's willingness to be ready at a moment's notice for battle or for defense. It was to get around quickly in a fight. The confirmed Sikh (one who has taken the Amrit) wears a Kachera every day. Some go to the extent of wearing a Kachera while bathing, to be ready at a moment's notice, changing into a new one one leg at a time so as to have no moment where they are unprepared. 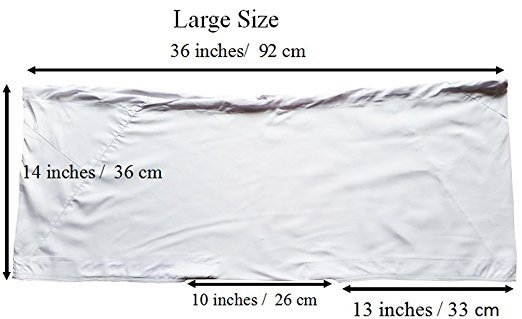 Further, this garment allowed the Sikh soldier to operate in combat freely and without any hindrance or restriction, because it was easy to fabricate, maintain, wash and carry compared to other traditional under-garments of that era, like the dhoti. The Kachera symbolizes self-respect, and always reminds the wearer of mental control over lust, one of the five evils in Sikh philosophy.

Kachera follow a generally practical and roomy design. It features an embedded string that circles the waist which can be tightened/ loosened as desired, and then knotted securely. The Kachera can be classed between underwear and an outer garment, as in appearance it does not reveal private anatomy, and looks and wears like shorts.