The pictures above shows Sikhs wearing Dastar's (Turbans) at Amritsar.

Wearing a Dastar (Turban) forms a distinct identity and makes the Sikhs very easily recognisable. Sikh history is built on examples of brave men and women who defended an ideology built on the fundamentals of human rights and equality of all human beings. This belief often led to conflict with oppressive ruling forces of hindus and musalmaan (muslims). To this day, for more than 300 years the Sikhs have been persecuted endlessly.
(Please read about Sikh genocide, the murder of women and children and the murder of Sikh Guru's by hindus and musalmaan alike).

Over 95% of Dastar (Turban) wearers in the Western world are Sikhs. Please do not discriminate against Dastar (Turban) wearers thinking they are musalmaan (muslims) or Afgans or the Taliban. There are numerous musalmaan who look like Sikhs. They can be easily distinguished by the type of turban they wear, are openly seen smoking and they often have a shaven (or trimmed) upper lip. 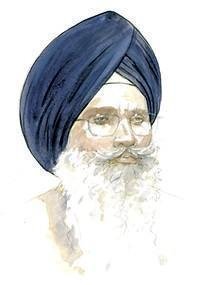 Sikh men commonly wear rounded or peaked turbans (however their are other styles) that serve partly to cover their long hair, which is never cut out of respect for God's creation. Devout Sikhs also do not cut their beards.

There are a number of reasons that Sikhs keep hair uncut. Throughout history hair (kesh) has been regarded as a symbol both of holiness and strength. A person's hair is part of God's creation. Keeping hair uncut indicates that one is willing to accept God's gift as God intended it.

Uncut hair symbolizes adoption of a simple life, and denial of pride in one's appearance. Not cutting one's hair is a symbol of one's wish to move beyond concerns of the body and attain spiritual maturity.

A Sikh should only bow his head to the Guru, and not to a barber. It is a highly visible symbol of membership of the Khalsa and follows the appearance of the Gurus.

Musalmaan religious elders, like this man (on the left) from Yemen, often wear a turban wrapped around a cap known in Arabic as a kalansuwa. These caps can be spherical or conical, colorful or solid white, and their styles vary widely from region to region. Likewise, the color of the turban wrapped around the kalansuwa varies. White is thought by some Muslims to be the holiest turban color, based on legends that the prophet Mohammed wore a white turban. Green, held to be the color of paradise, is also favored by some. Not all Muslims wear turbans. In fact, few wear them in the West, and in major cosmopolitan centers around the Muslim world, turbans are seen by some as passé.

Afghan men wear a variety of turbans, and even within the Taliban, the strict Islamic government that controls much of the country, there are differences in the way men cover their heads. This Taliban member, for example, is wearing a very long turban — perhaps two twined together — with one end hanging loose over his shoulder. The Taliban ambassador to Afghanistan, on the other hand, favors a solid black turban tied above his forehead. And some men in Afghanistan do not wear turbans at all, but rather a distinctive Afghan hat. 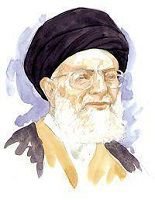 Iranian leaders wear black or white turbans wrapped in the flat, circular style shown in this image of Iranian supreme leader Ayatollah Ali Khamenei. The word turban is thought to have originated among Persians living in the area now known as Iran, who called the headgear a dulband.

Indian men sometimes wear turbans to signify their class, caste, profession or religious affiliation — and, as this man shows, turbans in India can be very elaborate. However, turbans made out of fancy woven cloths and festooned with jewels are not unique to India. As far away as Turkey, men have used the headgear to demonstrate their wealth and power. 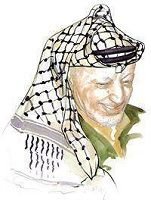 The kaffiyeh is not technically a turban. It is really a rectangular piece of cloth, folded diagonally and then draped over the head — not wound like a turban. Yasser Arafat, the Palestinian leader, has made the kaffiyeh famous in recent times. However, the kaffiyeh is not solely Palestinian. Men in Jordan, Saudi Arabia and the Arab Persian Gulf states wear kaffiyehs in colors and styles that are particular to their region. Jordanians, for example, wear a red and white kaffiyeh, while Palestinians wear a black and white one. And a man from Saudi Arabia would likely drape his kaffiyeh differently than a man from Jordan. The black cord that holds the kaffiyeh on one's head is called an ekal. 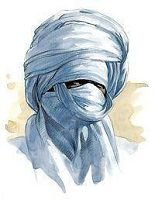 Desert peoples have long used the turban to keep sand out of their faces, as this man from Africa is likely doing. Members of nomadic tribes have also used turbans to disguise themselves. And sometimes, the color of a person's turban can be used to identify his tribal affiliation from a distance across the dunes. This man's turban is a very light blue. In some parts of North Africa, blue is thought to be a good color to wear in the desert because of its association with cool water.